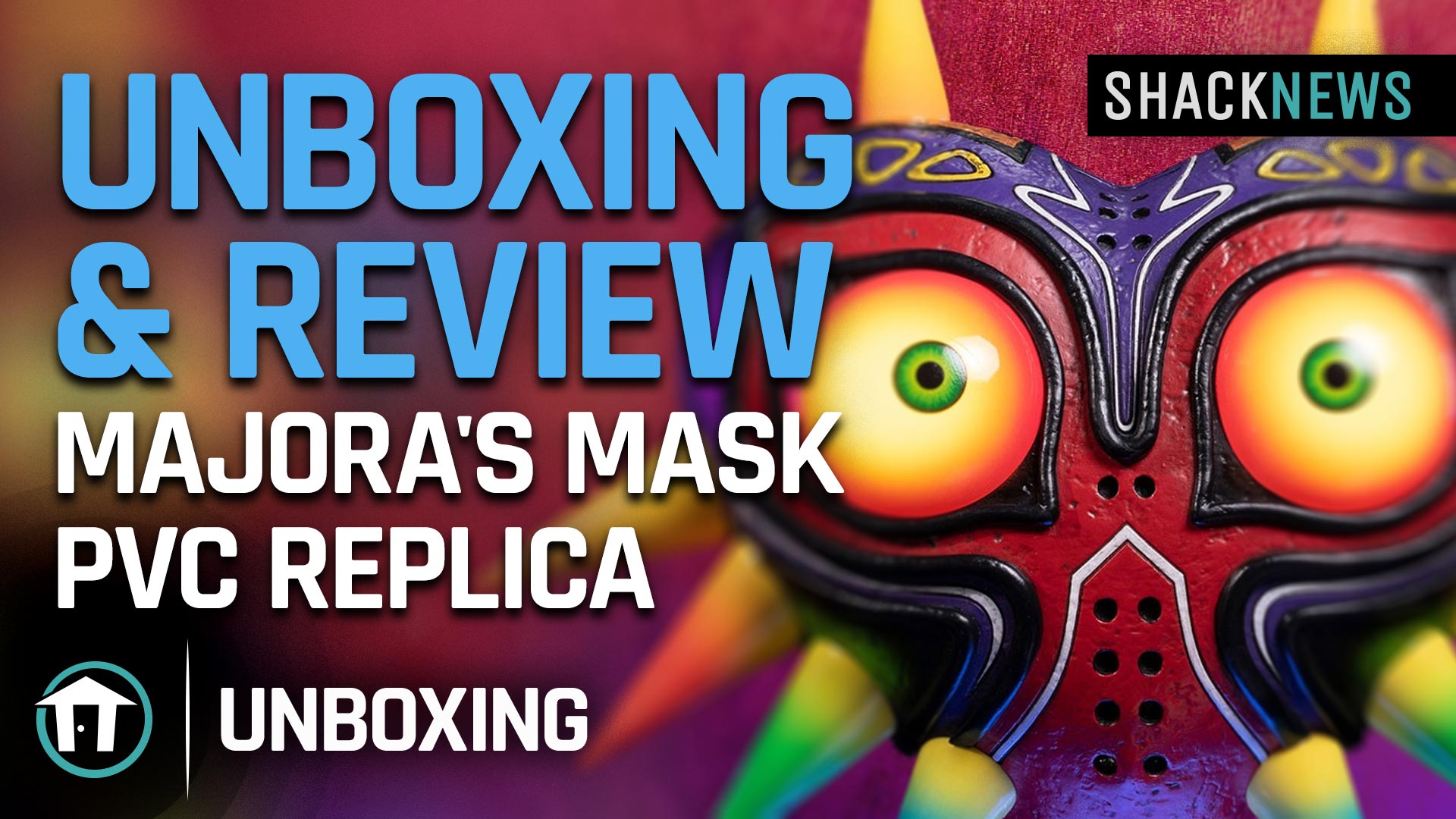 First 4 Figures has a more affordable version of their outstanding resin replica mask for Legend of Zelda fans and collectors alike.

One of the most interesting releases in the history of Nintendo's illustrious journey trhough the video game space had to be the highly-anticipated Nintendo 64 sequel The Legend of Zelda: Majora's Mask. Built on the foundation of the universally acclaimed Ocarina of Time, Majora's Mask successfully mixed up the 3D Zelda formula with its novel three-day cycles and the mask mechanic that allowed series protagonist Link to assume the identities and abilities of the denizens who inhabit Termina. Majora's Mask's enduring legacy continues to this day and a new collectible from First 4 Figures might be the perfect gift for the Legend of Zelda fanatic in your life.

Based on the existing resin-based product of the same type, the First 4 Figures Majora's Mask PVC replica offers admirable build quality and details at a much more affordable price point than its resin cousin. I got the opportunity to get one of these replicas in hand and get a closer look for myself. I made a video of the unboxing process in the embed below.

Similar to the bestselling life-size resin replica, this PVC version also features the same textured details and vibrant colors the mask is known for. Additionally, due to its smaller scale, First 4 Figures is now able to make this piece wall mountable via a slot in the back.

Like the resin version, the PVC replica also has two LED modes for the eyes: static and pulsing. What sets this PVC apart, however, is the ability to switch between these two modes through a motion sensor. And, speaking of LED, the limited numbered logo base for the PVC edition also has two LED modes: static, which emits white light, and animated, which cycles through five different colors (white, red, yellow, blue, and green).