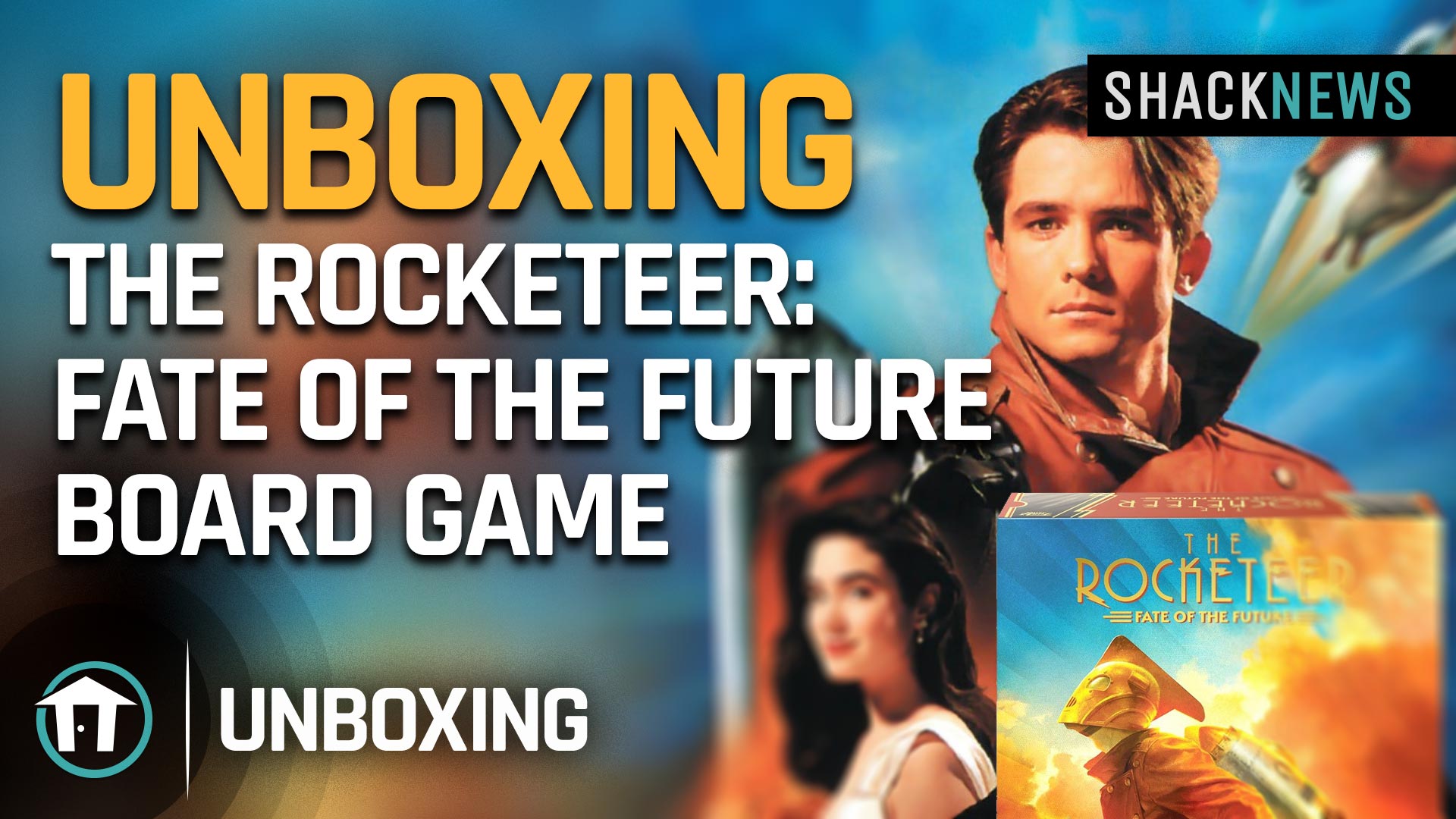 Unboxing: The Rocketeer: Fate of the Future Board Game

Get an up-close and personal look at Funko’s new Rocketeer board game.

Long before Pong was invented and changed the way the world looked at social gaming, folks often gathered together to play board games. While video games may have supplanted the medium in terms of overall popularity, board gaming is still massively appealing. The internet age has also provided a new golden age of games from independent creators as well as high-quality offerings from some of the biggest names in entertainment. One such product is The Rocketeer: Fate of the Future, a new, licensed board game from the team at Funko Games.

Our very own Greg Burke got an opportunity to get his hands on a copy of Fate of the Future and set up his recording equipment to get some high-definition footage of the packaging and what buyers can expect should they order the game from Funko or their preferred retailer.

Trouble is brewing high above the city of angels! The mysterious Rocketeer—who can blast through the skies with an ingenious jet-pack—must stop a sinister plot! Hollywood actor Neville Sinclair is scheming to steal the rocket’s blueprints. This breakthrough of modern engineering could revolutionize the future of flight. But in Sinclair’s hands, it could fuel the dark future of warfare. Play as the heroes or the villains in this action-packed strategy game for two players. Whether for good or evil, you will determine the fate of the future!