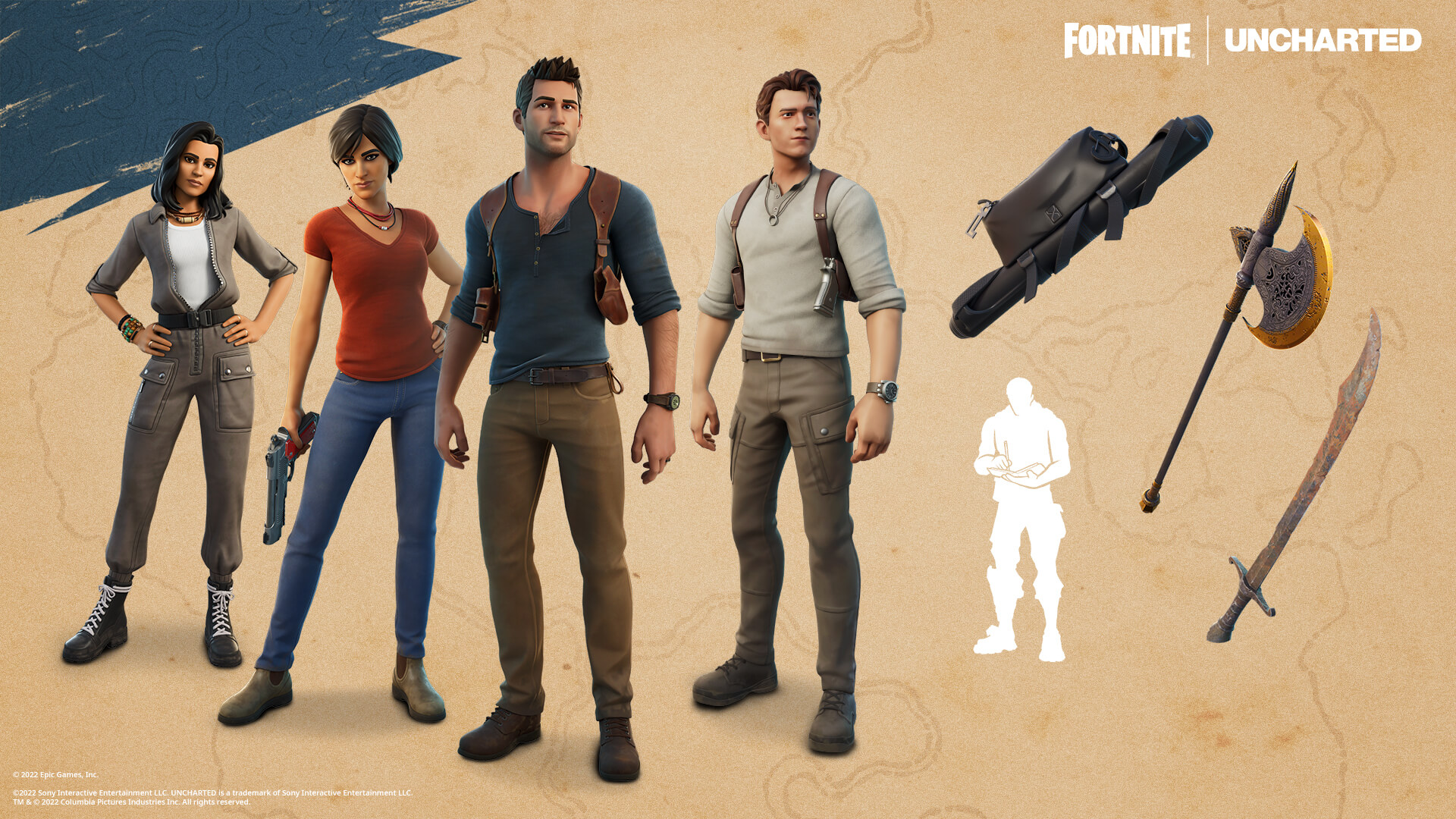 Uncharted characters come to Fortnite in celebration of the new film.

Uncharted is the latest blockbuster video game franchise to get the movie treatment with the Tom Holland-starring picture that’s now in theaters from Sony Pictures. In celebration of the new movie, Nathan Drake and Chloe Frazer have become playable in Fortnite in both their video game and live-action counterparts.

Epic Games revealed Nathan Drake and Chloe Frazer as the latest characters to be introduced to the popular battle royale game in a post to the Fortnite website. Joining the likes of other video game icons such as Lara Croft and Master Chief, the two Uncharted characters are available in the Item Shop. Both Outfits are by default designed after their characters’ live-action look, with an alternate style based on Uncharted 4 and The Lost Legacy, respectively.

In addition to the Outfits, the Uncharted bundle features the Second Hand Saber Pickaxe, the Parashurama Axe Pickaxe, and the Update Journal Emote. The Chloe Frazer outfit also comes with the Chloe’s Pack Back Bling.

Fortnite’s cross promotion with Uncharted doesn’t stop at cosmetics. Epic Games has implemented Drake’s Maps, a new iteration of the Treasure Maps that were introduced back in Chapter 1 Season 8. These maps can be found around Battle Royale Island and will lead players to buried treasure, which they can dig up with their pickaxe. Drake’s Maps will be available from February 18 until the end of Chapter 3 season 1.

Nathan Drake and Chloe Frazer join PlayStation icons Kratos and Aloy as playable characters in Fortnite. It’s just the latest in a countless number of crossovers between Fortnite and some of the entertainment world’s biggest properties. For more on the latest Fortnite news, stick with us here on Shacknews.