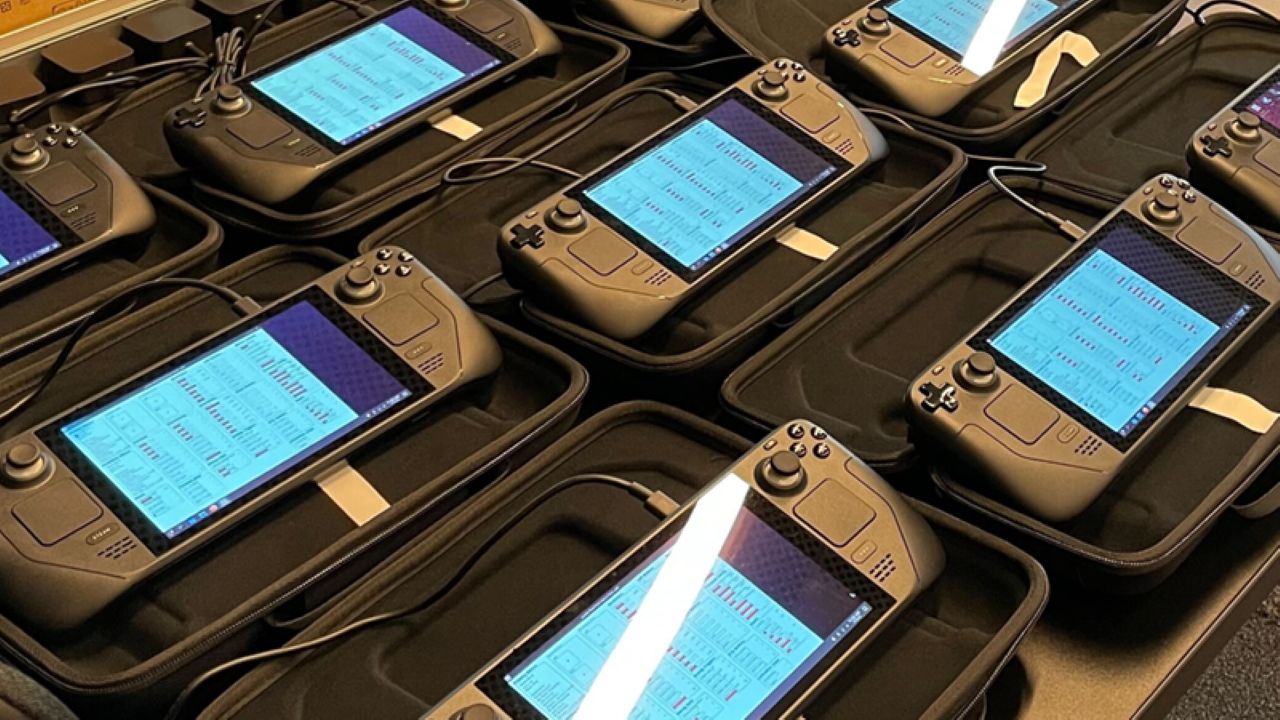 Valve's promising new Steam Deck handheld will begin shipping soon to those who got their orders in early.

One of the biggest gaming surprises of 2021 had to be when Valve formally announced the Steam Deck handheld gaming console. While Valve is no stranger to dabbling in hardware from time to time (Steam Controller, Steam Link, VR), the Steam Deck has the potential to appeal to the mainstream in a way no previous Valve product has. The company confirmed today that they are on schedule to begin shipping the first wave of Steam Deck orders in late February.

When the Steam Deck was first announced, the initial projections hoped to enter the shipping phase by the end of 2021. With the ongoing COVID pandemic and all the chaos it has caused for supply chains, Valve was forced to announce a delay for order fulfillment until some time in 2022. We now know that a few lucky gamers will be enjoying their Steam library before March, Valve explained in the Steam Deck January Update blog post.

“First and foremost, we’re on track to ship Steam Deck on time. Global pandemic, supply issues, and shipping issues notwithstanding, it looks like we'll be able to start getting these out the door by the end of February. In parallel, work and testing for the Steam Deck Verified program has been underway. You’ll soon be able to see Deck Verified status for a growing set of Steam games. We’re checking four major categories: input, seamlessness, display, and system support.”

Valve also confirmed that it has Steam Deck development kits out in the wild and that the company is also on track to send out the next wave of kits in the coming weeks. Those who put in reservations for the Steam Deck can check their estimated delivery window on the official Steam Deck landing page. Those interested in Valve’s process for certifying games for Steam Deck can dive into all the details on the Steam Deck verification overview.

Did you manage to get an early reservation for a Steam Deck? What titles do you plan on trying out first when the devices are delivered? Be sure to let us know in the comments.