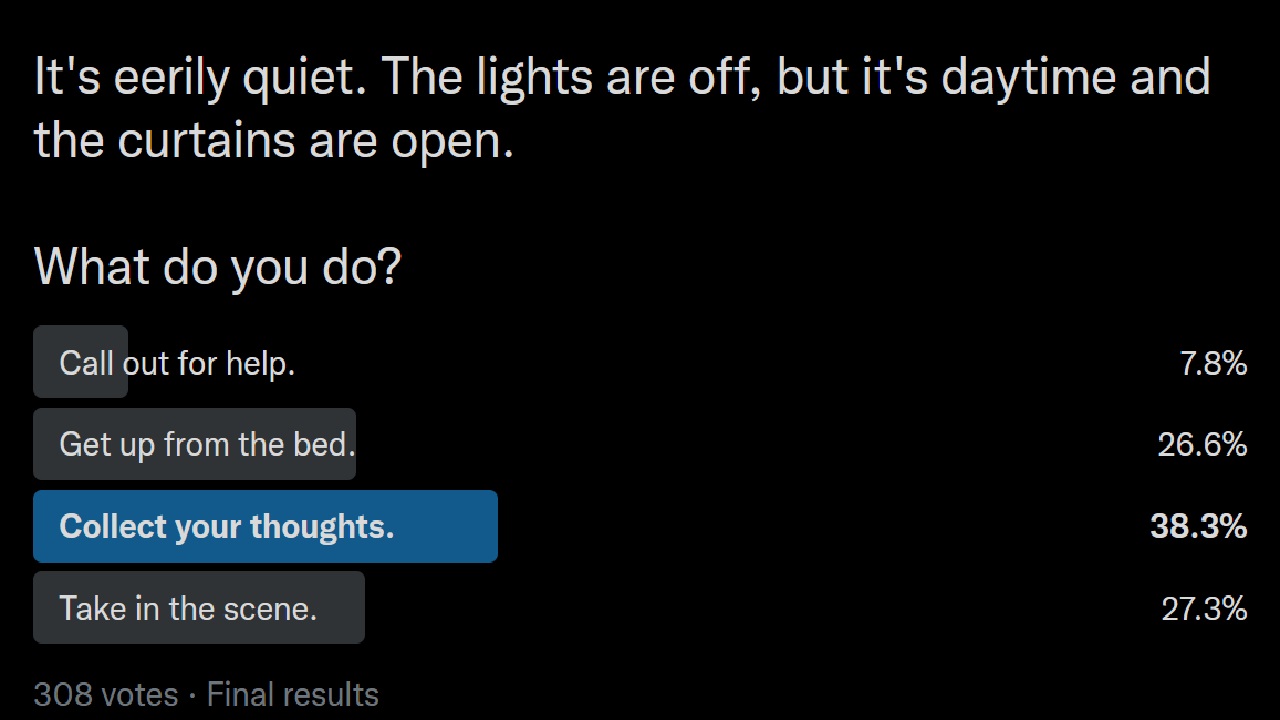 With the holidays coming to a close, many of us probably used our break in a myriad of ways, whether it was catching up on games, reading, and/or TV, or simply spending time with our loved ones. WB Games Montreal senior game designer Osama Dorias went a slightly different route. Out of nowhere as December 2021 was drawing to a close, he started a thread in which he posted pieces of a suspenseful adventure with polls connected to actions in which voters got to decide where the story went next.

Dorias began this interesting endeavor of an interactive adventure Twitter thread/poll on December 23, 2021. It is still ongoing as of this time of writing. The story begins with participants waking up in a hospital, not knowing what has occurred to put them there or even their own identity. The story has gone on to reveal that there are multiple inhabitants in the hospital that have also forgotten their own identities. As participants engage, Dorias continues to add more to the story based on their responses. As of January 4, 2022, the thread is still ongoing.

You wake up suddenly, disoriented, sitting up in bed.

You take in your surroundings. It appears that you are in a hospital room, wearing a patient gown and nothing else.

It's eerily quiet. The lights are off, but it's daytime and the curtains are open.

What do you do?

It’s likely been an interesting way for not only Dorias, but also others engaging in the story to spend their holiday break. With WB Games Montreal still working on Gotham Knights for an expected release sometime in 2022, it’s likely Dorias had some time on his hands coming into the end of the year. With that in mind, his interactive adventure Twitter thread/poll has been a welcome distraction with many taking part in and appreciating the story as it has played out. It’s certainly not the first of its kind as there is also a pretty successful and fun Let’s Play Mario Twitter poll/thread in which voters direct the actions Mario in the first Super Mario Bros. with some funny commentary to go with it.

Nonetheless, Dorias’ adventure Twitter thread/poll is telling quite the interesting narrative for anyone who wants to take part. Be sure to check it out if you want to see and influence where the story goes next!