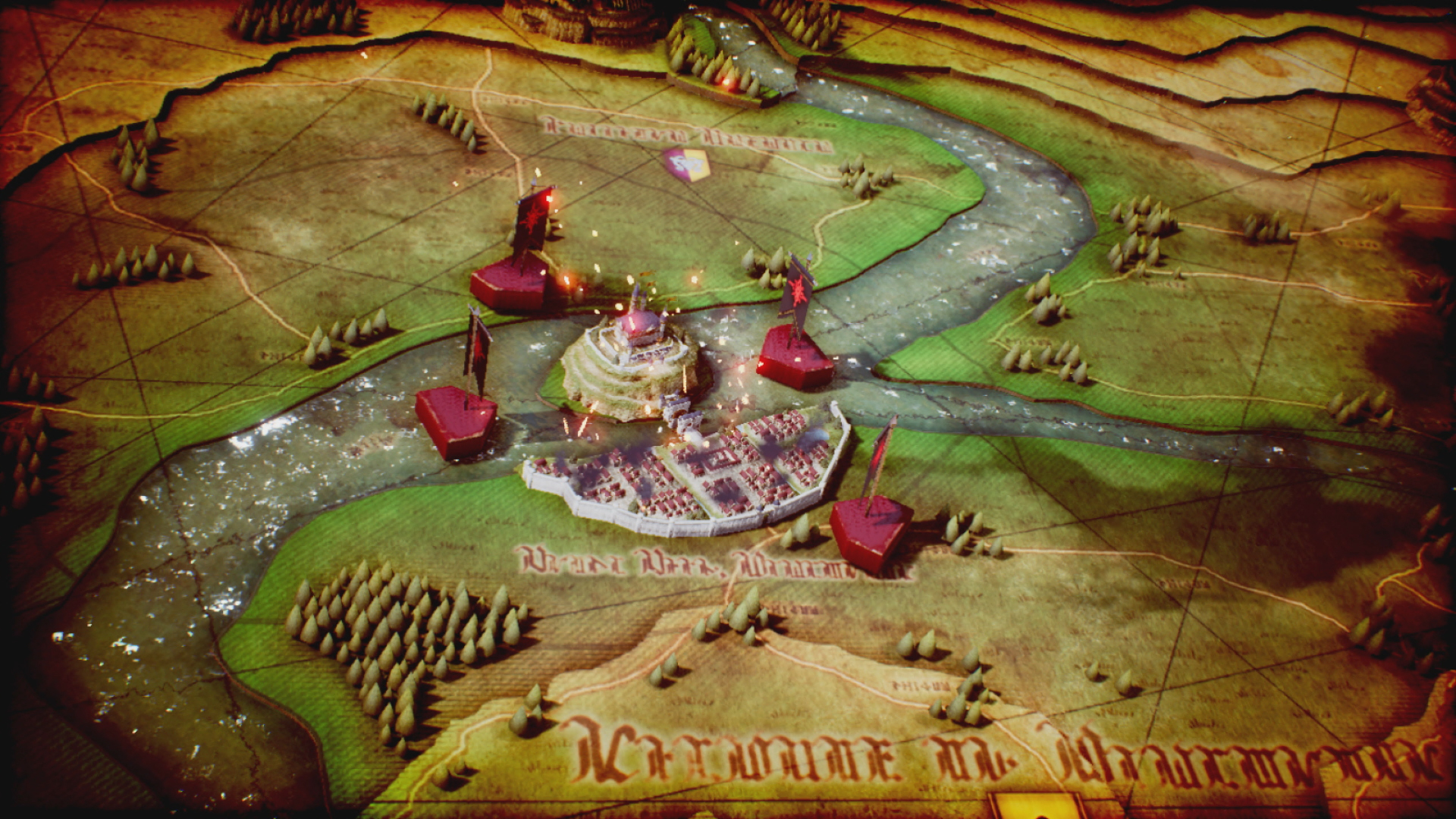 Where is the evidence in Chapter 10? - Triangle Strategy

Success in Chapter 10 of Triangle Strategy depends on how much evidence you gather against Minister Sorsley, but it's not easy by any means. Shacknews is here to help you get what you need.

There appears to be hope for House Wolffort yet in Chapter 10 of Triangle Strategy. However, Prince Serenoa and company will first have to gather evidence of wrongdoing against Minster Sorsley. That will not only help rally the Hyzante army around them, but it will also avoid an unfortunate execution for unfounded accusations. You'd better bring the hard evidence, but it isn't exactly in plain sight. Shacknews is here to help you find what you need.

Where is the evidence in Chapter 10? - Triangle Strategy

Unlike many previous exploration phases, the one in Chapter 10 of Triangle Strategy is where this aspect of the game picks up significantly. Talking to villagers will not be enough. You'll have to set off chains of events in order to find what you need.

First thing's first. You're not going to get anywhere with Minister Exharme later if you don't send him a letter first. At least, that's what the soldier at the northern end of the area will tell you. At first glance, Serenoa's quip about not having pen and paper could be interpreted as sarcasm, but it's actually a clue. Return to the entrance point where you first started and you'll find a merchant nearby. He'll tell you he's closed, but Serenoa will then request a pen and paper. Go back to the soldier, who will take your newly-written request to Minster Exharme.

That's not all, though! There are citizens with information, one of whom is in the house along the top-left corner of the city. She'll tell Serenoa about a vanishing vessel, which is information that will be stored for later.

Still, Serenoa will need more than rumors about a vanishing vessel. One of the village homes behind the merchant will hide a journal. Serenoa, being a man of honor, will not pry into the private journal, so you'll have to go back near the soldier with the letter. Next to him, you'll find Lyla, who will grant Serenoa permission to read the journal. Go back to the house and find the journal again. This time, he'll learn about Sorsley engaging in illicit bribery. Go back to Lyla and she'll be as shocked as anyone else to learn about this turn of events.

One would think that would be enough to go on, but there's still more! There are several soldiers who will be happy to tell Serenoa that he's not allowed in certain areas, but there is one specific soldier who you can pry for a little more information. He's pictured above, for convenience. You'll receive three dialogue options, but it's the middle one you'll want to pick. That one will prompt the soldier to spill his guts about suspicious activity happening around Hyzante's salt supply.

That's still not all! In the bottom-left corner of the city sits a rebel who cannot go home, because a soldier seeking them out is waiting by their front door. Go talk to that soldier and let him know you've seen somebody suspicious leaving the city. The soldier will run off, which will allow the rebel to return home. The rebel will tell Serenoa that any incriminating information can be found in Sorsley's encampment.

With all of this information, go find Clarus over by the house of the vessel rumormonger. Tell him everything you've learned via the unlocking dialogue options.

Even with all of this work you've put in, there's still one more piece of the puzzle and that's the trial that comes next. Pay close attention to the questions asked and use what you've learned from the evidence you've gathered to sway the Saintly Seven. You can still fail here, so make sure you're answering those questions correctly, or else!

If all goes well, Sorsley will be convicted of his crimes, but you'll still have to survive a harrowing duel against him and his forces to win the day. Good luck!

There are more puzzle-focused exploration phases like this over the course of Triangle Strategy. Keep it here on Shacknews and watch our Triangle Strategy topic page for the latest guides and updates.