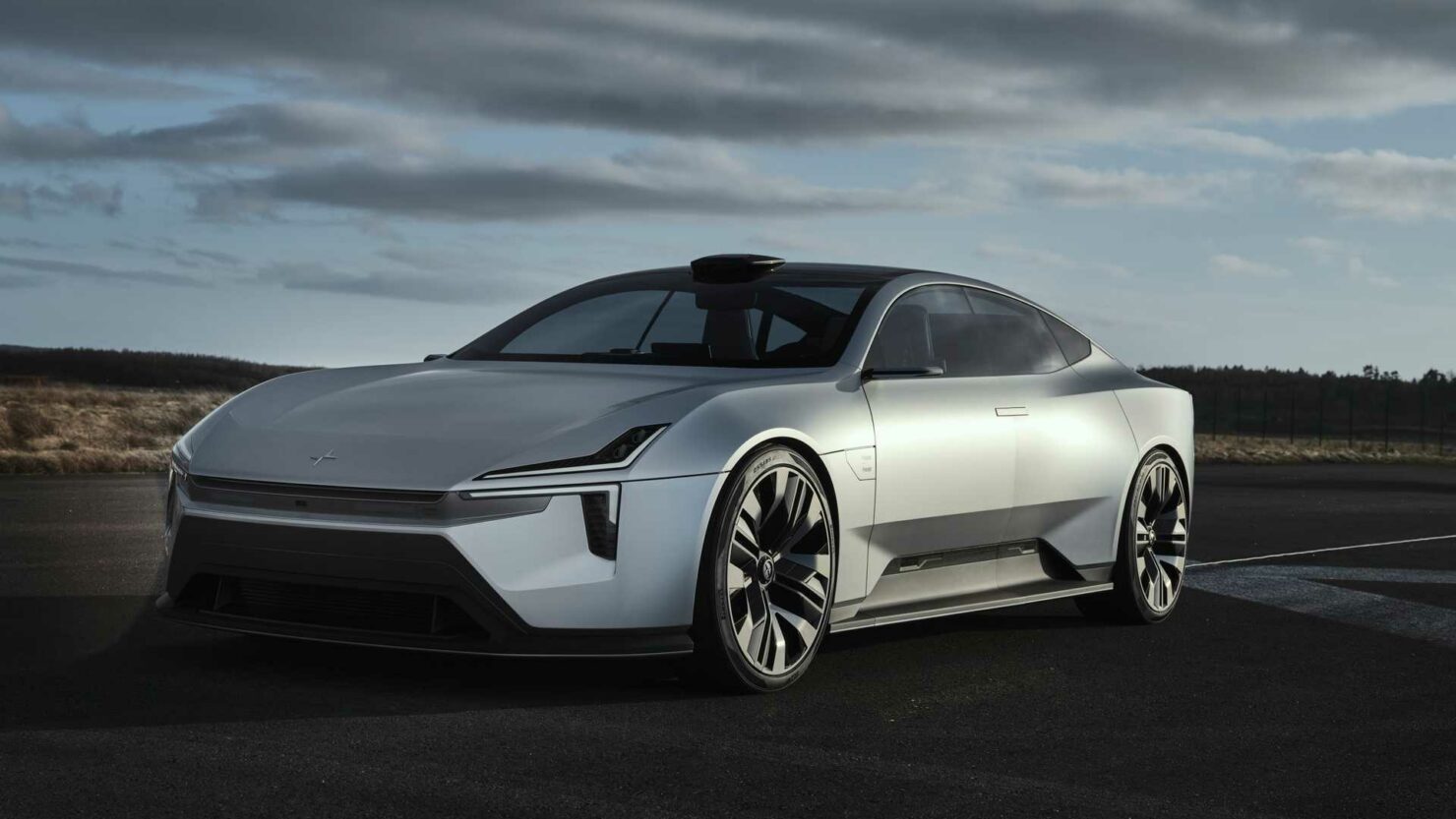 Polestar, a Sweden-based manufacturer of electric vehicles which is backed by Volvo Car AB and China’s Zhejiang Geely Holding Group, is slated to go public next year by merging with the SPAC Gores Guggenheim (NASDAQ:GGPI).

While Gores Guggenheim shares – which serve as a proxy for Polestar in the pre-merger phase – remained relatively subdued since the announcement of a formal merger DA between the two entities back in September, the stock has started garnering increased attention recently. In fact, over the past weekend, GGPI was ranked as the most popular stock on Stocktwits. 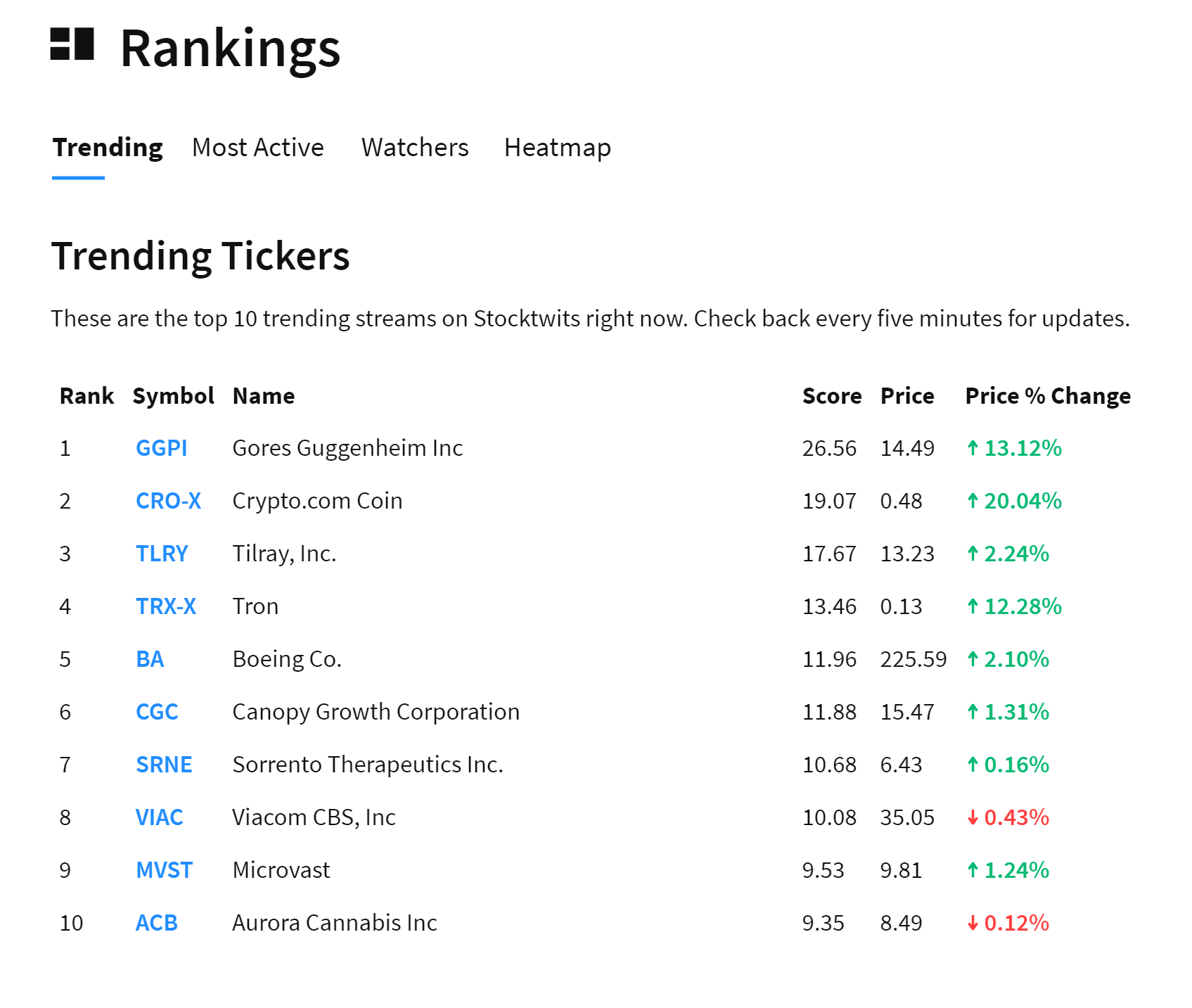 Polestar’s sizable production, smart partnerships, growing tech footprint, and a crazy-low valuation are some of the factors behind this newfound popularity. Let’s delve deeper.

In an Era of Pre-revenue EV Companies Tapping the Equity Market, Polestar Is a Breath of Fresh Air With a Sizable Production Footprint

Polestar is currently retailing two cars: the hybrid Polestar 1 that costs over $155,000, and the all-electric Polestar 2 that starts retailing at around $50,000 - $60,000 and boasts of a range of around 335 miles (540 km). By the end of 2021, the company expects to record an annual sales volume of 29,000 units for these two models. Additionally, the company plans to launch the Polestar 3 and Polestar 4 SUVs in 2023. In 2024, the EV manufacturer plans to introduce its Tesla Model S competitor, dubbed the Polestar 5 or the Precept. The company is currently working on four manufacturing sites in China with a cumulative production capacity of 570,750 units per year. Moreover, it also has a factory in Charleston that boasts of 150K units per year manufacturing capacity. This brings the company’s total capacity to 720,750 units per year. By 2024, Polestar will also add a capacity of 30K units per year for the Polestar Precept in Chongqing, China.

Polestar’s powertrain consists of the ground-breaking 450-kW P10 rear motor. When combined with a front motor, the powertrain is capable of an output of 650kW. The powertrain also supports two types of battery packs: 800V and 400V architecture. Bear in mind that a high-volt architecture allows for fast charging. In fact, Polestar’s 103 kWh battery pack is capable of charging to 80 percent capacity in 20 minutes. Additionally, Polestar’s parent Volvo is now establishing a joint venture (JV) with Sweden’s Northvolt to develop next-gen batteries for EVs. The JV will establish a new gigafactory with a capacity of 50 GWh per year. Bear in mind that Northvolt recently acquired the US battery company Cuberg. This acquisition is intended to pave the way for Northvolt’s stated ambitions to produce a lithium-metal battery with energy densities that exceed 1,000 watt-hours per liter by 2025.

As far as the Advanced Driver-Assistance System (ADAS) capabilities of Polestar EVs are concerned, the company has established partnerships with the LiDAR provider Luminar and Waymo, a leader in self-driving technology. Consequently, the Polestar 3 will start supporting an unsupervised highway driving pilot in 2022, with commercial offerings targeted for 2024.

As stated earlier, Polestar is already generating significant revenue. In fact, its top-line figure for 2021 is expected to end up at around $1.6 billion. This is light-years ahead of some of the other high-flying EV names that have gone public recently, including Lucid Group (NASDAQ:LCID) and Rivian (NASDAQ:RIVN). 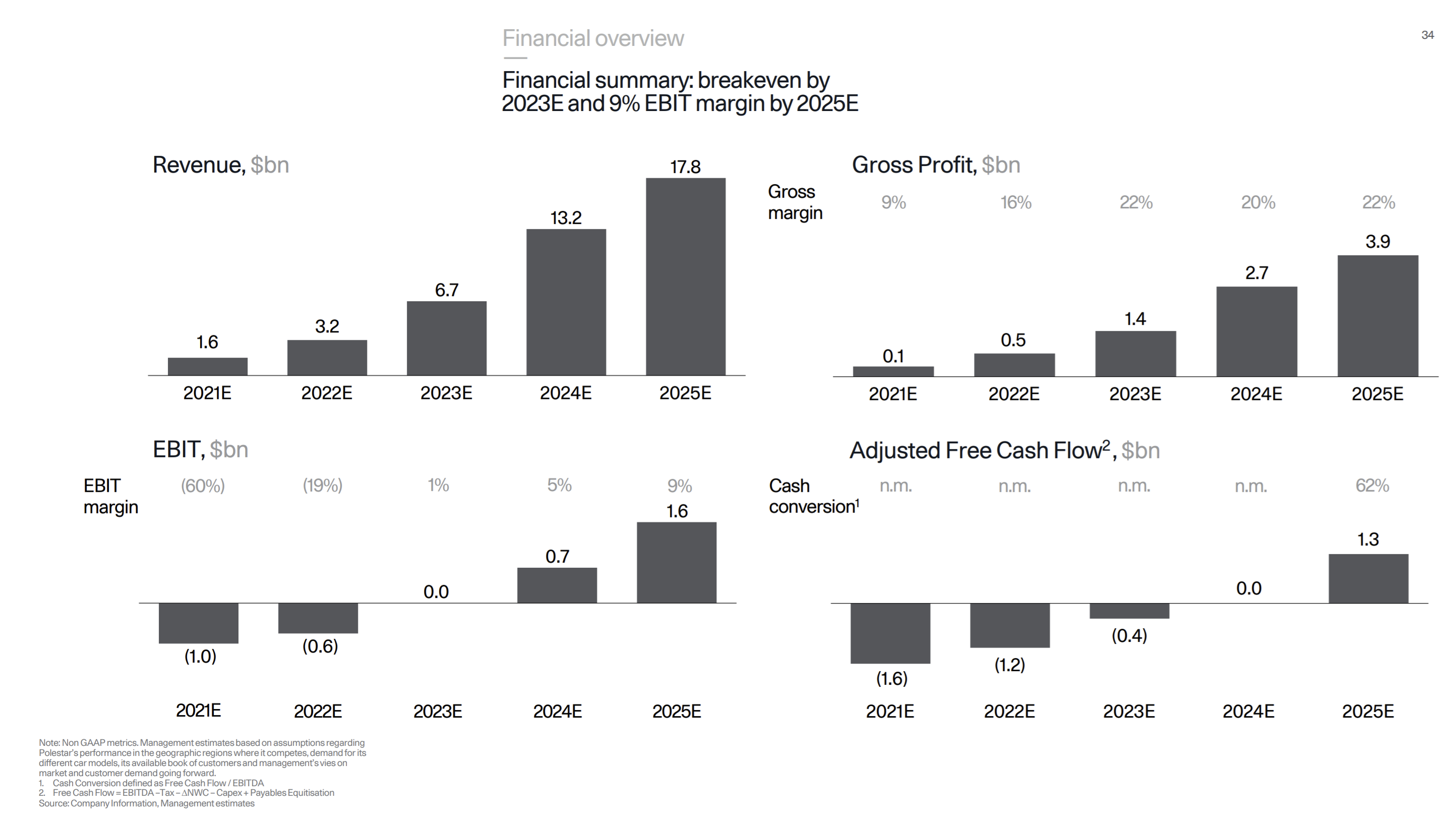 It is hardly surprising, therefore, that we believe Polestar to be a no-brainer proposition for investors looking for EV exposure at low-cost, cheap valuations.