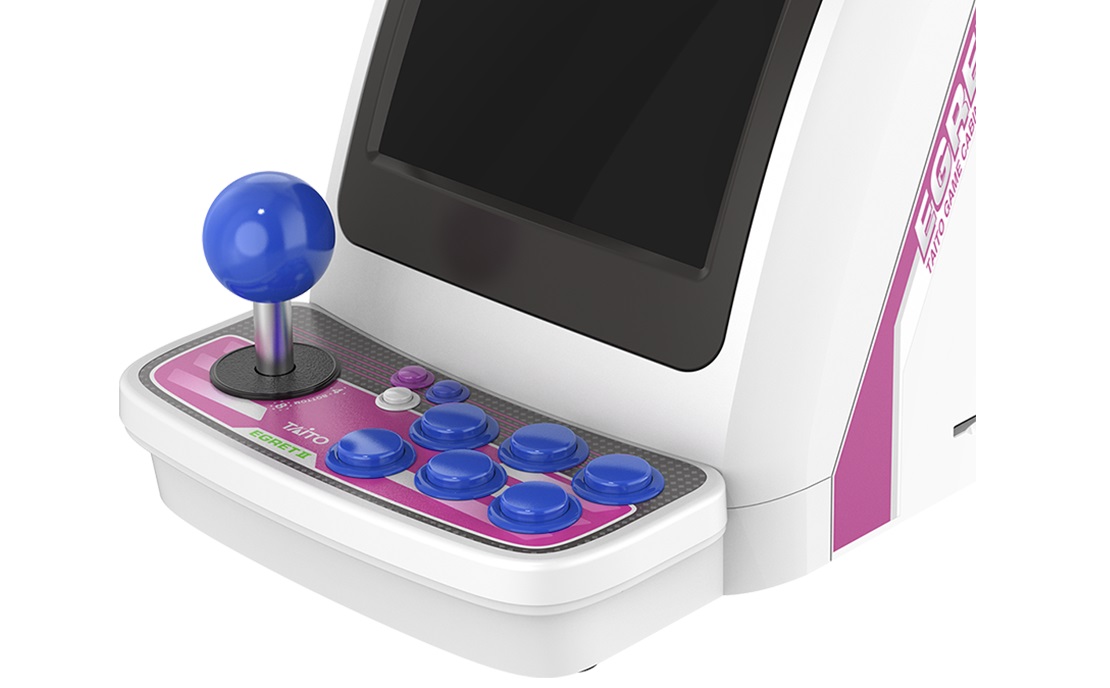 You can now pre-order yourself a Taito Egret 2 Mini

Earlier this year, Taito showed off the Egret 2 Mini, a small, high-end arcade console that includes 40 retro games across a variety of genres. If you were captivated by this tiny, but mighty home console, you’ll be happy to hear that pre-orders for it are now live.

For those unfamiliar with the Egret 2 Mini, the press release goes into detail about what you can expect should you decide to buy one for yourself, or someone else as a gift.

“Announced a month ago, the publishing labels ININ Games and Strictly Limited Games opened reservations of the EGRET II mini which comes with 40 iconic retro games of various genres and tons of awesome features; like a 5-inch 4:3 rotating screen for horizontal and vertical alignment, an adjustable joystick to switch from 8 directions to 4 directions and a lot more!

The Limited Blue Edition which features a unique color scheme including blue buttons and joystick, is the only officially licensed version directly available in the West. As this special version is limited to 5,000 units worldwide, many retro fans signed up for the waiting list to secure one slightly earlier.

Now pre-orders are open to everyone, even without a reservation, starting with the exclusive editions at Strictly Limited Games that feature awesome physical collectibles. The official pre-order start for the Limited Blue Edition Bundle and the three separate controllers by ININ Games via Gamesrocket will follow soon!”

The press release goes on to note that the Egret 2 Mini – Limited Blue Edition is planned to be released on May 27, 2022 “after being properly tested for safety in the European and American markets.”

Not only are pre-orders live, there are a few different purchasing options available to choose from at different price ranges, and with different accessories bundled in with the arcade cabinet.

The press release notes that if you’re looking to get the console by itself and the three separate controllers for it, without collectibles like the Paddle and Trackball Game Expansion Set, ININ Games will “have you covered soon!”

As for what these three controllers are, they include the following:

If you’re interested in pre-ordering the Egret 2 Mini with or without accessories, you can do so over on the Strictly Limited Games website. Looking for more nostalgia? We have an article on how the Final Fantasy 6 Pixel Remaster will let you suplex trains that’s worth checking out!