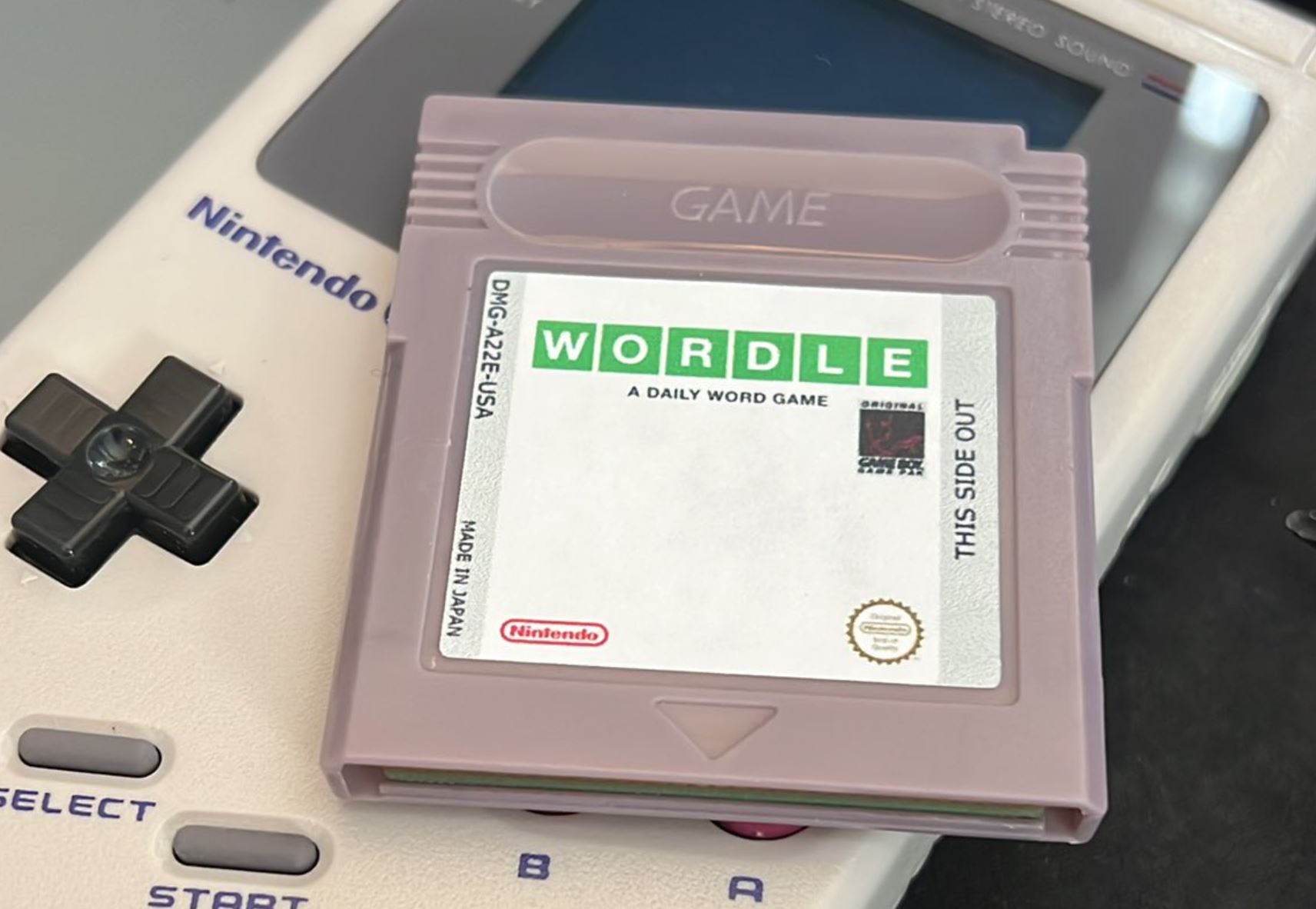 Your Game Boy is now ready to run Wordle

The runaway hit has leaped off your browser and into one of gaming’s most-iconic handhelds.

If we had to pick the biggest gaming surprise of 2022 so far, Wordle would be the easy choice. The game is as simple as it gets, allowing it to quickly gain traction online. Somewhat similar to the old TV game show Lingo, Wordle asks players to guess a five-letter word with colored hints offered after each incorrect answer. Players shared their results on Twitter and a new worldwide fad was born. Now, players can get in on the fun while using one of the most iconic pieces of hardware in video game history, the Nintendo Game Boy.

We’ve seen Bloodborne ‘de-made’ into a PlayStation 1 game and marveled at the sight of Doom running on a Texas Instruments graphing calculator, but we may have entered a new age with Game Boy Wordle. YouTuber and Twitter user @ghidraninja is known for reverse engineering games and Wordle is the latest. The programmer shared news of the Game Boy conversion via social media this week.

WORDLE is now running on the Game Boy! pic.twitter.com/Zk8aDr7MST

The author has posted the code needed to get the operation rolling online. In addition to a version built for original Game Boy hardware, there is also a fork available for the recently-released Analogue Pocket, which has seen a strong homebrew community forming around its unique hardware.

The Game Boy version of Wordle isn’t exactly feature-complete, as the lack of online access in the handheld console prevents the sharing of your progress on social media. That said, portable gaming doesn’t get much better than Nintendo’s iconic handheld and it is now a safe bet to say that it is probably one of the top-two ways to enjoy Wordle on the toilet.